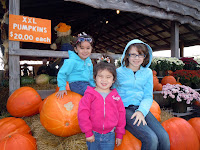 This past weekend our niece Maiah came to stay with us.  It was really great having her with us for more fall fun!  I’m pretty sure she had no idea what she was in for when she arrived.

Saturday morning we headed out to Northern Star Farms.  We visited here two years ago with our girls.  You can see photos of the girls here. 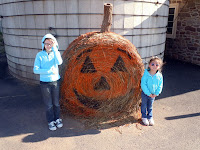 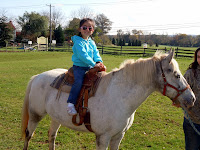 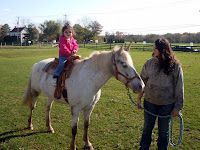 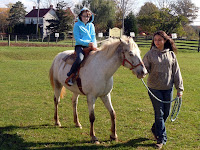 All three of the girls enjoyed looking at photos of the animals.  Then, as a fun treat, each girl got to take a ride on a pony. I had Brynn slotted to ride Lily first, but she wasn’t having it.  About two seconds after Rylee started riding Brynn was ready to go.  Maiah looked quite comfortable up there herself.  Maybe that’s because she had some practice on vacation earlier this year. 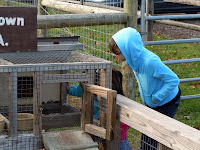 When we left the farm I thought it would be fun to stop by Varner Farms again because our girls had a lot of there a few weeks ago.  I was right all three girls enjoyed the animals, corn stalk maze, pedal tractors and the straw bale maze.  Thanks to Maiah the girls really had fun climbing on the big tractors too! 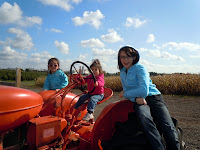 After all that fun it was home to have lunch, relax and naps. I also got to spend time with Maiah creating some nice beaded jewelry.  Actually she did the creating and I did the repairing of items that Rylee and Brynn needed fixed. 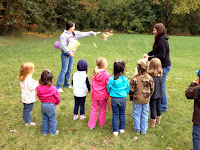 After everyone was well rested we headed out to the annual daycare picnic at the park.  It was the first time we were able to attend and all the kids had a blast.  They spent quite a while at the playground of our local park.  Then it was time for a tasty meal and games for everyone. 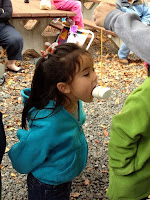 All three thoroughly enjoyed the candy scramble.  After that Rylee decided to participate in the giant marshmallow eating contest.  It was really a lot of fun watching all the kids try to eat the huge marshmallows.  For me it was even funnier to watch the staff make an attempt at it later.  Fair warning….this idea is being filed away for future birthday parties.  I’ve figured out a way to do it both indoors and outside at home! 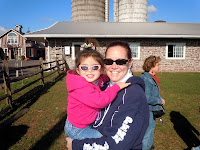 This was another weekend that made me feel blessed.  The kind when Monday morning rolls around you don’t want to back the van out of the garage because then you know it’s really over.  I’ve realized I need to count my blessings, back out and carry on. 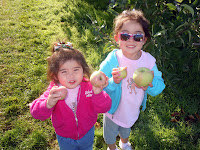 A few weeks ago we headed out for some fall fun.  The girls knew we were going apple picking and they were really excited to get out and get going.

When we arrived at Varner Farms we were told that there weren’t many apples left, but we could go out to the orchard and see what was left for us.  They were correct, there weren’t a whole lot left, but there was more than enough for us.  We had no plans to make applesauce or apple pies, we just needed a few pounds to sit and eat.  The apples that were left on the trees were at the top so Bill had to lift the girls for them to be able to help.  They didn’t seem to mind one bit.  Three pounds of apples later we were done. 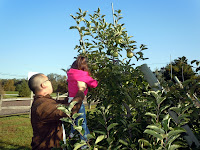 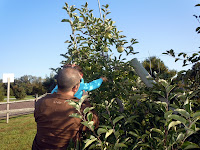 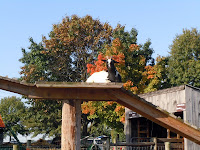 Next it was off to see the animals.  I’m still amazed at how much they love to look at animals.  We had taken a few minutes to look at the animals before we picked apples and they spent even more time looking at them the second time around.  I will say that this guy wasn’t at this location the first time around though.

After seeing the animals again and washing hands we discovered a small corn stalk maze for the girls.  They had a fun time going through it.  Once they figured out how to get through they kept going back in to do it again. 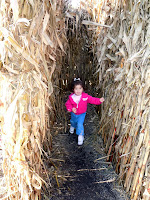 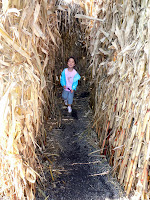 I turned the corner and discovered this fun spot where the girls rode around on mini John Deere tractors.  Brynn wasn’t quite tall enough to reach the pedals, but with some help from me she was able to get around the loop a few times. 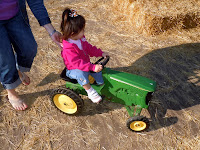 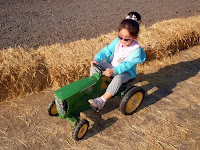 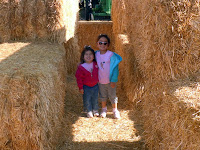 From there we went to the straw bale maze.  It took Rylee a bit longer to figure this maze out, but once she did they were again running through it over and over. 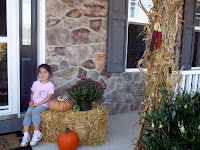 I was excited because next was my fun part. I got to get all the fun fall items that I use to decorate my porch.  I cannot express how much I love fall and all the wonderful colors that go with the cooler temps.  For me it really doesn’t get any better than than a crisp fall day when the leaves are in full color, I’m wearing a sweatshirt and there’s football to watch.  It’s no wonder we got married in the fall. I’ve known, it seems like forever, that I would have a fall wedding. 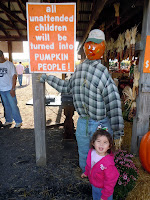 This month Bill and I will celebrate six years married.  How are we going to celebrate?  We’re going to have Maiah with us and we’ll be taking all the kids to a daycare picnic.  We’ll be outside, hopefully with sweatshirts, and we’ll be with three kiddos that we love. 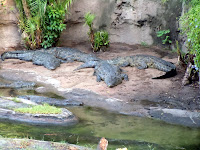