It’s beyond time for an update.  The summer kept us busy and I can’t remember how many posts I started and never finished. 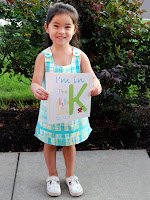 Rylee moved into the Pre-K class at “school” this fall.  She’s really enjoying it and learning a lot.  She’s really been ready to do more and we’re all happy that she’s finally in Ms. Deb’s class.

We had a fun summer, we capped it off with a trip to Rehoboth Beach the second week of September.  This is the last year we’ll be able to go so late in the season though. I cannot believe that Rylee will be in Kindergaren next year! 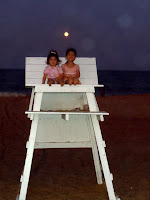 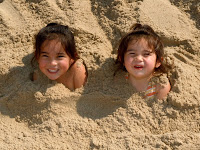 The girls had a blast playing in the sand.  Brynn enjoyed playing in the water and Rylee continued to be a land lover. Maybe next year she’ll venture into the water more.  Here’s hoping!  They really enjoyed getting up onto the lifeguard chairs at night. 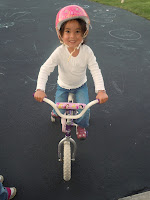 We got Rylee her first bike this summer.  She’s tried to ride a few times.  Her biggest problem is using the brakes to stop.  She’s used to using her feet in the tricycle so we’re working on the newness of the brakes.  She really does love the bike and enjoys riding it.  Brynn likes to follow her on the tricycle.

On September 4th we had the girls dedicated at church.  Our church doesn’t baptize children and they do this instead.  They enjoyed being up on stage but didn’t really understand just what it all meant. 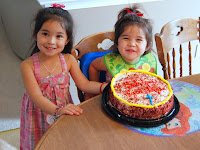 We had some family and friends come and join us for the event.  Everyone came back to the house afterward for fun and food. 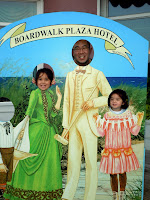 We’re looking forward to a fun fall together.  We’ve been watching PSU and Eagles games together.  Rylee really enjoys watching the games with us.  Brynn, not so much.  Mostly because that girl just cannot sit still long enough.  On tap is apple picking and maybe a corn maze too.  We’ll definitely be decorating pumpkins.  Stay tuned for photos of those.

The girls have decided on their Halloween costumes.  Not to give anything away but at our house it’s all princess – all the time.

Things are going well for Bill and I at work. Bill just started a new project that has him managing quite a few pieces of a bigger project he is supporting the American Retrieval that allows him to get the medical record retrieval for his company. 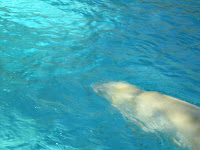