Evan stayed with us last weekend while his parents got some time off sans kids, and he must have shown Rylee how to walk, cuz she’s started taking her first steps this week.

Tonight, she started taking multiple steps before crashing back down. Here’s a short video of her taking a few steps:

Get the latest Flash Player to see this player.

This week has been tough for Rylee when it comes to feeding time. Tuesday and Wednesday she was screaming horribly any time we’d try to feed her. She eventually decided that she would rather not eat than eat and have pain. I felt so badly for her because I didn’t know exactly what was wrong and what was causing the pain. However, I did know her symptoms.

This of course led me to the internet and to my book What To Expect The First Year. It was very easy to discover that she most likely was suffering from reflux. So Wednesday evening I called to speak to the pediatrician on call. She was so great and once I gave her all of Rylee’s symptoms and told her that Rylee was a preemie she confirmed that it was reflux. She told me what to do to get her through the night and said that I should take Rylee in Thursday morning. I did and Rylee is now on a very low dose of liquid Zantac and back to eating like a champ. One thing they worry about with infant reflux is loss of weight. I’d like to let you know you need not worry about that with our little one as she is now a whopping 13lbs 10oz! We believe she is on a course to rival her cousin Evan. She owes him a small bop on the nose from the cousins photo session in May so she’s bulking up to make it a good one.

Looking back, I think that the formula situation from June was actually the start of reflux for Rylee. I really wish the doctor would have wanted to see her then rather than have us go the range of formulas. Overall she has done well with the soy formula she has had quite a few “fussy feedings” that were most likely a result of the reflux. I’m just glad that we now have it all figured out and feeding time is once again a happy time for everyone.

In other big news, Rylee went from 10pm to 5am for feedings last night. This is the first time that she’s gone seven hours and I was able to get six hours of straight sleep. I really hope this is the start of a new trend for her! 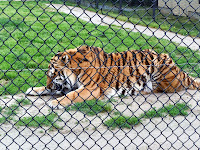