Wednesday May 9th I began having, what I thought, was just a vaginal discharge. This continued for a few days and Friday evening I noticed that this ‘discharge’ had a pinkish tinge to it. What did I do, what every pregnant person in the world does, I called my mommy at 11pm. She of course said that I needed to call my doctor right away as it may not be a discharge.Right-0!

I called my ob group and waited for a return call from my doctor. She called and said that what I thought was a discharge could very likely be amniotic fluid leaking and that I needed to get to the hospital immediately and to go straight to the delivery area.

Holy cow!I may be in labor…..this means yet another phone call to my mother because I wasn’t due until June 15th!

Now for those who know me I am a big planner so I am always prepared for whatever is going on in my life. Well, the one time that I am not prepared, it’s for a big event. I did not have my hospital bag packed as of Friday night, it was on my ‘to do’ list for Saturday. You should have seen me running around the house with a bag tossing stuff into it while I had my mom on the phone telling me what I needed.Bill got a big kick out of that scene.

After the bag was full, who knows if I had anything in there that I actually needed, we were off to the hospital. Bill was convinced that it didn’t matter what was in the bag because we would be coming home, after all I wasn’t due for over a month. I mentioned that if I was indeed leaking amniotic fluid that most likely I’d be staying and would be induced due to the risk of infection to the baby.

We got to the hospital and got the express treatment straight to delivery room #2. Didn’t fill out a piece of paperwork.

I was put into a gown and immediately they tested to see if the fluid was amniotic, if it was it would turn a bluish color. Well that little tiny piece of paper immediately turned a lovely shade of dark blue. That’s it folks, our June bug just turned into a May Flower!

The doctor came in at 2am and put Cervadil on my cervix to help it efface and dilate. That can stay in for up to 12 hours so that’s pretty much all that happened Friday. Bill went home around 3am and I slept for a few hours. He needed to take care of the dog and then run him to the kennel in the morning.

At 8am Dr. Cadieux (one of the two docs I was hoping for when it came time for delivery – the other was Dr. Silverberg) came in and removed the Cervadil. She then went off to deliver another baby. At 9am the nurse put Pitocin in my IV and we waited for the contractions to start. A little before 10am they start alright.Yep, there were some pretty intense ones along the way.

Funny side note here….in place of an actual pre-natal birthing class we decided to use a dvd series. There are six sessions and we’ve only seen three.That means that we never got to the third breathing technique.I will say that I did use the first two and from there just winged it.I’m still alive so there is some proof that you don’t have to spend a full Saturday in a class.

I got my epidural around 10:30am and was so thankful to the man who invented it.I was 4 cm dilated at the time.Around 11:35 I was feeling pretty good and was 6 cm dilated.About 15 minutes later, 11:50am I was experiencing some hefty contractions and couldn’t understand why since my entire lower body was numb from the epidural.The nurse came in and checked me and there was a good reason, there was Rylee’s head!

Yep, I went from 6 cm to crowning in 15 minutes.Lots of rushing around – parents out, doctors in and I started pushing.After a few pushes Rylee was born at 12:03pm. She didn’t make much noise but was wide awake and checking out her big new world.Bill was with her while they checked her over since she was a preemie (for those who don’t know, you are considered a preemie if you’re born prior to 37 weeks, after that you’re just early) and she was great.He got some neat photos during her first moments of life.We got to hold her and took some photos before she was whisked off to the regular nursery. No nicu right away as she was a healthy little girl.

That’s the story of Rylee Erin coming into the world.

13-May-2007 16:12
View at Picasa
Today was by far the toughest day for Bill and I. I was discharged from the hospital and Rylee was not. We left her in the excellent hands of the NICU staff and came home without her. It was not the joyful trip we home we would have liked, but all-in-all its not that bad. By that I mean, we are hoping to bring her home around dinner time tomorrow. She needs to be monitored until that time due to the timing of her original antibiotic dosage.

We went to feed her dinner, then went to dinner ourselves and then back to give her one more feeding and to tuck her in. She was wide awake when we got there for the 9pm feeding and excited to see us. Again it was sad to leave her behind.

We are trying to find the positives in this and we’ve come up with a big one. We are both going to get uninterrupted sleep tonight for the last time for a very long time. I know that we are both so tired physically and emotionally right now that we are going to sleep as well as Rylee, if not better.

The updates on her tests are positive and continuing to improve. Her color is less yellow and her bilirubin numbers are increasing which is exactly what we want to have happen.

We’ll keep things updated here as we can.

Off to get some sleep before heading out to have breakfast with Rylee.

Thank you so much for your lovely notes and prayers over the past few days. 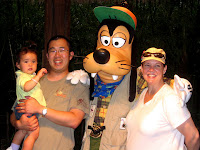