17-May-2008 14:01
View at Picasa
Just uploaded the pictures we took from Rylee’s first birthday party. We were originally going to throw the party at Limerick’s community park around the corner, but there was a softball tournament this weekend, so we did it at Evansburg State Park instead.

We apparently didn’t take too many pictures, I guess because we were with or holding Rylee most of the time. If anyone else took a bunch of pictures, please shoot them our way!

[Update: Shout outs to Jess for sending over more pictures!]

Pictures from our cruise are uploaded now. 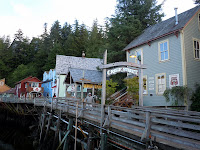